If you follow my blog you will start to notice a trend, I like to talk about the extra expense from deferred maintenance.  It’s a common perception that random components in a home will last forever with no maintenance required.  In almost every case a small amount of money spent now save hundreds and even thousands later. That is the reality of home ownership.

This week’s topic is about chimney maintenance, who knew I had to maintain my chimney and I’m not talking about cleaning it. Before I start I do NOT recommend you go up on your roof unless you feel qualified or have been trained. 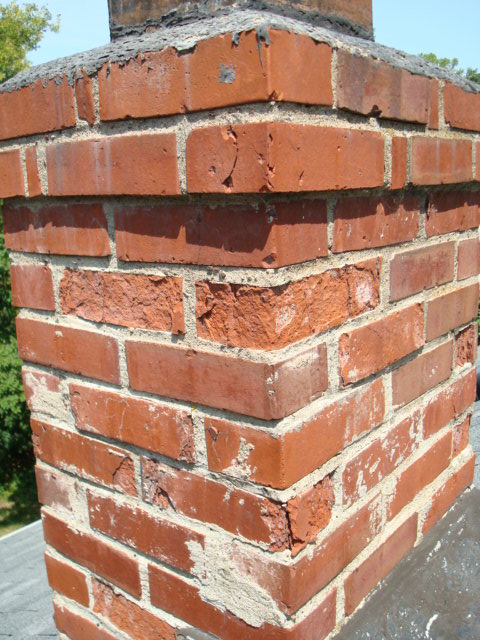 Minnesota. As you can see the bricks are flaking off and the mortar between the bricks has been replaced at various places. While you may think that it’s just the normal aging process, it’s not, or at least it doesn’t have to be. Brick chimneys can last for a very long time assuming minor maintenance is performed periodically.
So why does this happen? The origin of the problem is the concrete chimney crown.  The crown is a concrete cap that sits on the top of the bricks that diverts water away from the top of the chimney, think of it like shingles on your roof. Typically the crown of the chimney will last around twenty to thirty years. Water will seep into small cracks and freeze. When water freezes it expands, this expansion will cause more cracks in the crown. 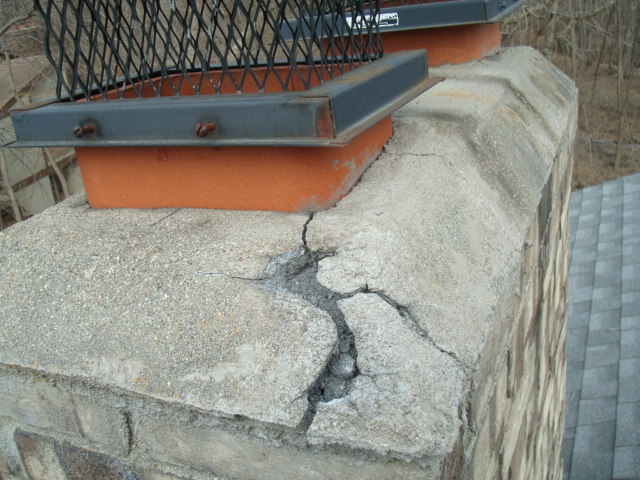 Eventually water will make its way down the bricks and the mortar between them causing the bricks to spall, or flake off. The brick mortar will also crack and eventually fall out. The longer the problem is left, the faster the deterioration occurs because more cracks equals more expansion from freezing water and so on and so on. If your crown looks like this then deal with it today.

In this picture you can clearly see the brick mortar is failing. 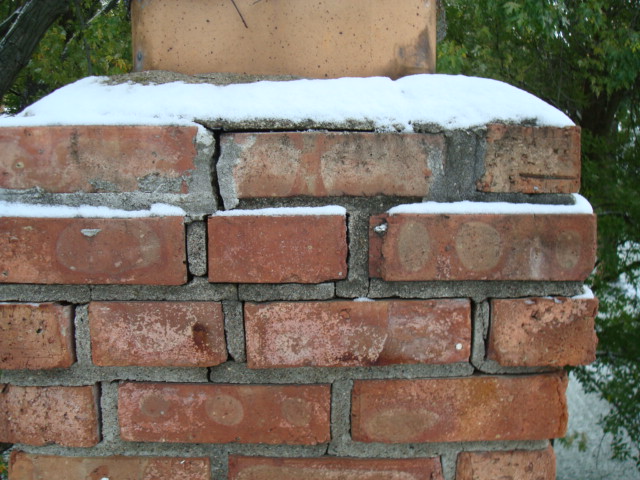 This is the result of water seeping into the cracks. When water freezes, it expands creating these larger cracks. Spring and fall months will cause the most damage as we go through many freeze thaw cycles that will accelerate the process.

Costs for repairs can easily range into the thousands if the top several feet of the chimney has to be rebuilt. Having a new chimney crown installed now, if its not too late, should cost only several hundred dollars. There is significant savings to be had here if you catch it in time.

My recommendation is to have your chimney inspected by either a Minnesota home inspector or a chimney sweep.  The repair for this type of work is not a do it yourself job and should be left to the professionals.