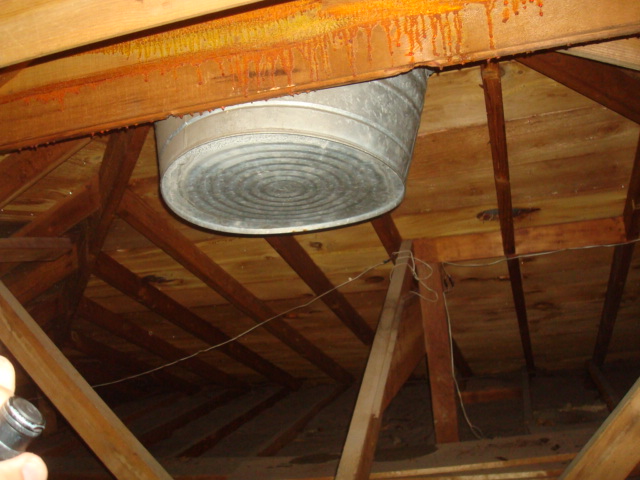 Grove Minnesota. Here we have some kind of wash tub secured to the bottom of the roof just under the ridge in an attic. There was another one just like this at the other end of the attic and a plastic tub sitting on the insulation. These are attempts to deal with a leaking roof. When I come across unique things like this I try to imagine what the person was thinking. Obviously he thought this was an easier way to deal with a leaky roof, just catch the drips and “hope” the water evaporates from the tubs. I doubt his intentions were to go into the attic and empty the tubs after each 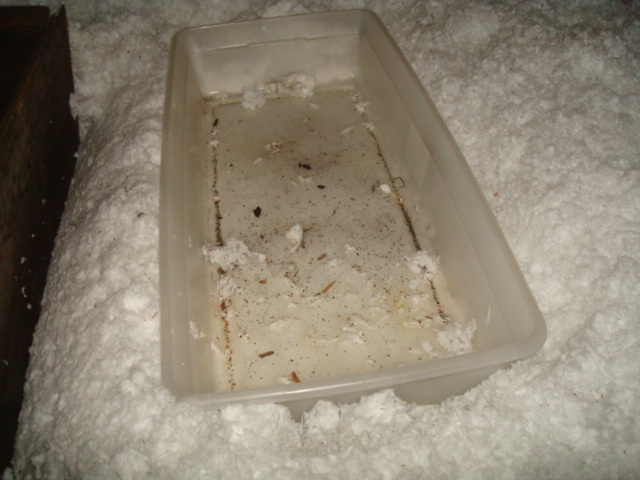 rain, if he did that is just plain insanity.  The plastic tub, I can see the logic, you put this in the attic as a temporary means of catching water until you can get the roof fixed NEXT WEEK.  This will save your interior ceiling. As a permanent fix, no. Adding these metal tubs would have been about the same amount of work to just repair the leaks in the roof and not only did he NOT fix the roof he just created  he created some potential future problems.

To conclude, think things through folks. When dealing with something new, the first idea is usually the wrong idea. Find the source of the leak, determine why it was leaking at that area and make the proper repair. If you don’t feel qualified then hire your local roofing contractor.