Some homes seem to be plagued with electrical problems, other aren’t. Do you have the ability to identify issues with your electrical system. Below are some examples of electrical defects that I found while performing a home inspection in Maple Grove Minnesota.

DAMAGED WIRING
Here is a picture of a section of romex wire that had been chewed by a mouse. If left as is 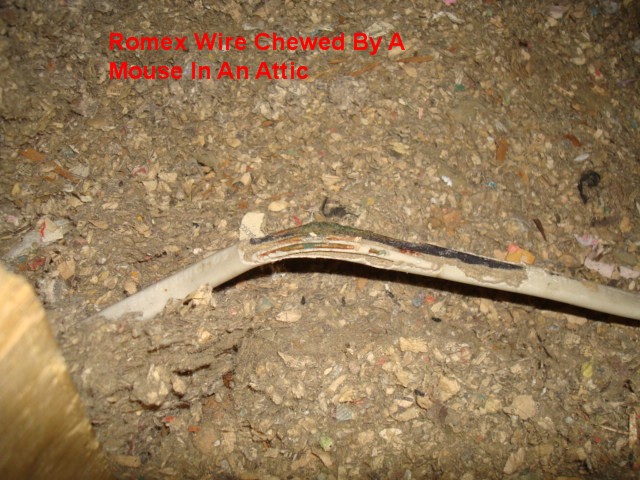 eventually the wires would have shorted out and tripped the breaker. The cellulose insulation surrounding the romex wire should be treated with a fire retarder but I would not want to put it to the test. This wire is in an attic and would have gone unnoticed as most people don’t enter their attic space.

SERVICE ENTRANCE CONDUIT PULLED FROM METER BOX
This next picture is from the same house, as you can see the conduit is pulling away from 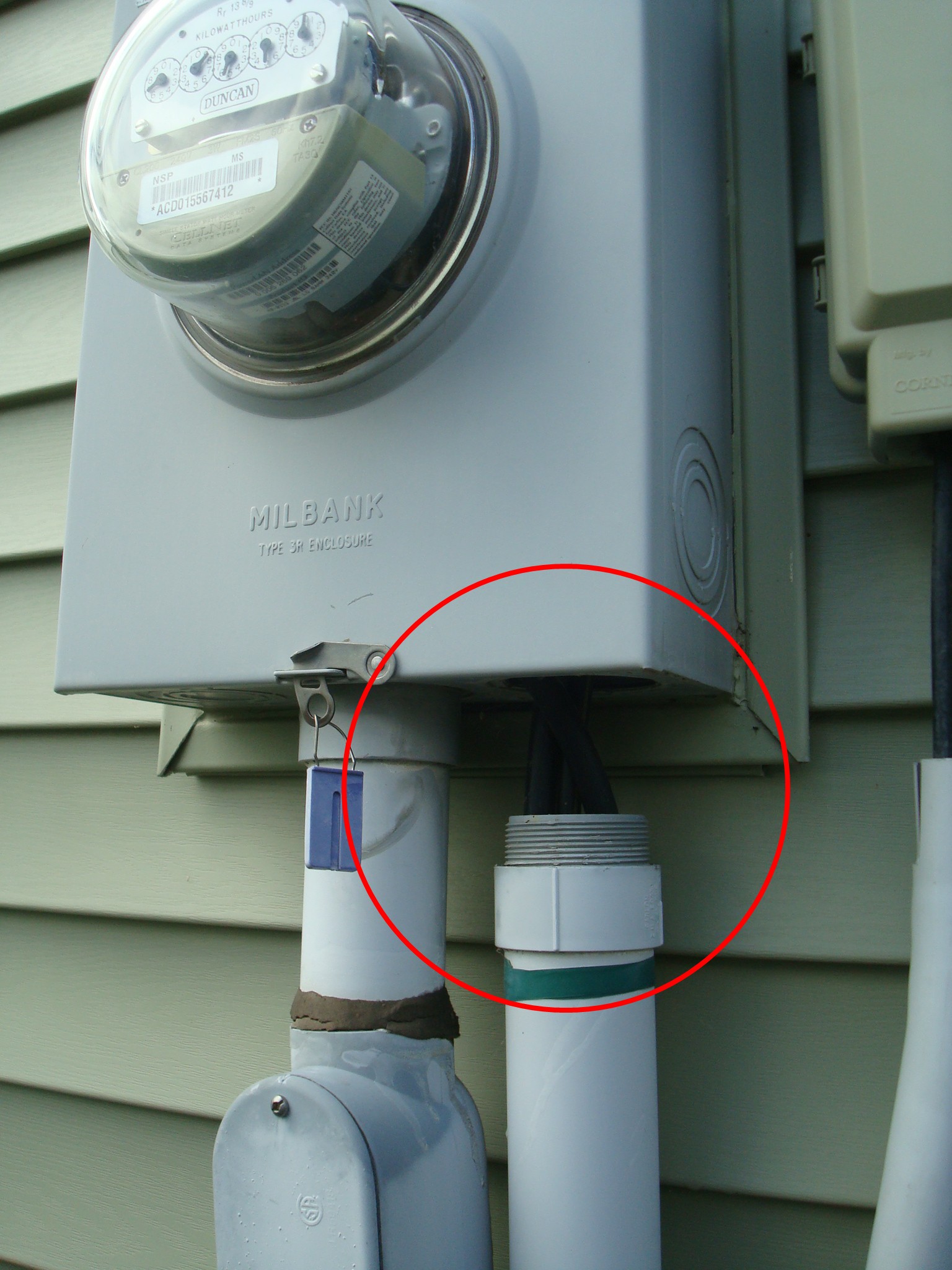 the meter box. This allows an opening in the meter box for animals to make a home in, may allow moisture to enter, and is a shock hazard as someone may stick their fingers in there.  This is a dangerous situation that must be repaired by your local utility company.

EXPOSED ELECTRICAL LIVE WIRE
This last picture is an exposed live wire found in the basement floor joists of the same house. This is typical 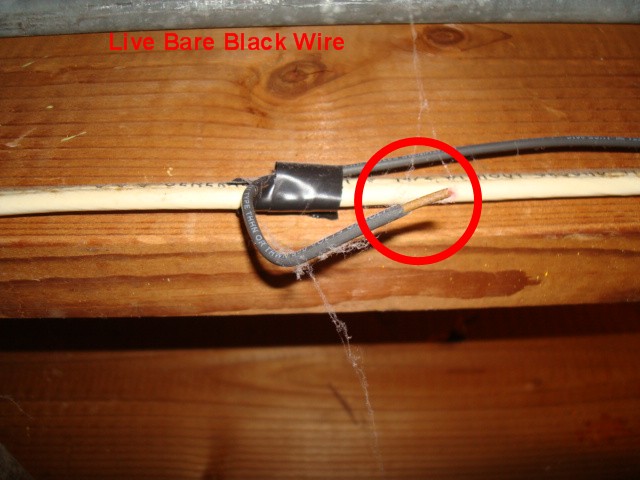 amateur wiring that is found all the time. The older the home, the more items like this are found. This was an odd one because it was only a single black HOT wire that was run from the main panel and just ended here, no neutral or ground with it. Its always fun to try to figure out what the intended purpose was but this one had me stumped.